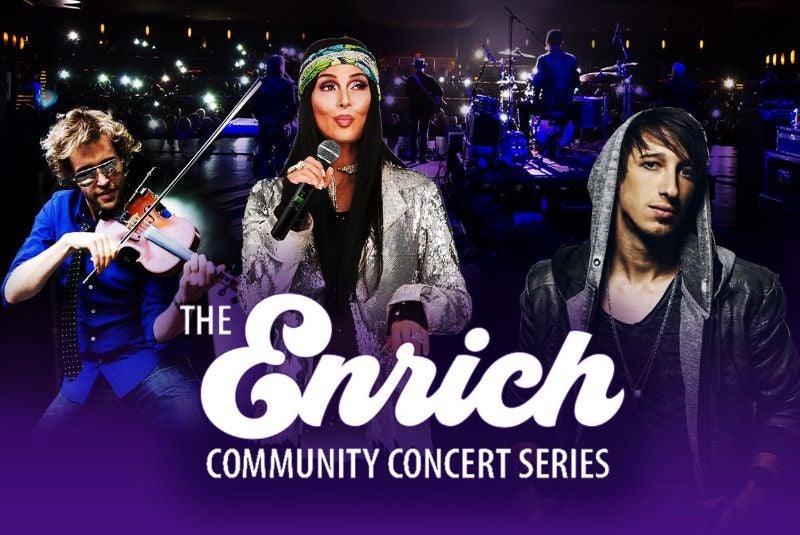 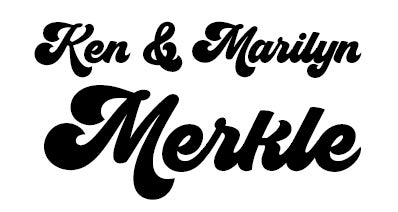 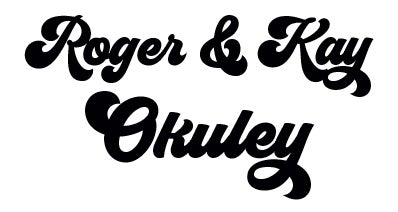 Enrich 2023 is packed full of variety and value. Since 1953, this series has made Van Wert an entertainment destination. The tradition continues with four electrifying performances spread across the year for as low as $80!

It all begins with the rhythmic dancing sensation, The Step Crew. This unbelievable new show brings together three styles of exhilarating dance forms – Ottawa Valley stepdance, Irish stepdance, and Tap. With virtuosic dancers and musicians, this cast of outstanding talent takes the audience on a dance journey. As if dancing weren’t enough, The StepCrew boasts three world-class fiddlers backed by an amazing five-piece ensemble comprised of some of the most talented and respected musicians in the Celtic music scene today.

Adding pizazz to the series is a tribute to one of the most dazzling iconic divas of the 20th century, Cher. Lisa McClowry uncannily and perfectly captures Cher in a Broadway-style live stage show, The Beat Goes On Tribute To Cher. Cher parlayed her music stardom into success on movie screens and television and became a living legend. Having sold 100 million records to date, she is one of the world's best-selling music artists. Her achievements include a Grammy Award, an Emmy Award, an Academy Award, three Golden Globe Awards, a Cannes Film Festival Award, the Billboard Icon Award, and awards from the Kennedy Center Honors and the Council of Fashion Designers of America. She is the only artist to date to have a number-one single on a Billboard chart in six consecutive decades, from the 1960s to the 2010s. It is Lisa McClowry who is the main attraction of this theatrical production. She has mastered every aspect of playing the living legend. The singing and speaking voice, the walk, the talk, the Bob Mackie-styled costumes, the makeup, the mannerisms. Nothing is overlooked. This theatrical extravaganza incorporates dynamic dialogue, humor, seriously fun audience participation, eight costume changes, and video projection with amazing visuals and animations. Experience Cher’s hits with a live band spanning from the 60’s to now including, I Got You Babe, Gypsies Tramp and Thieves, I Found Someone, The Way of Love, Dark Lady, If I Could Turn Back Time, and more. This featured performance will be a night to remember in Van Wert.

The music of The Eagles has commanded a following by nearly every generation since 1971. Their distinctive songs that transport us back to a carefree day will be featured on The Niswonger stage. Hotel California “A Salute to the Eagles” has risen to a level of recognition normally reserved for Gold and Platinum recording artists. By respectfully and accurately reproducing the Grammy award-winning sounds of our generation’s Greatest American Songbook, this legendary Southern California group, has touched the hearts of fans all over the world.  Hotel California “A Salute to the Eagles” is the only tribute show to have ever received “Official Authorization” to perform the Eagles catalog of music. No need to travel down a dark desert highway to experience the songs you love. The songs of this musical icon add another dimension of Americana to the 2023 Enrich Series.

There's no illusion that throwing some tricks in the mix makes for a compelling series! The grand finale is the REZA: Edge Of Illusion Tour, recognized as one of today’s most highly sought-after entertainers in the touring illusion industry, delivering innovative, engaging, and spectacular performances worldwide. Reza’s recent tour and television appearances have astounded over 30 million viewers from across the World. Reza's Edge Of Illusion Tour is a ground-breaking grand-scale production that was designed specifically to engage with the audience in a memorable and mystifying way.

Rich with culture, illusion, and musicality, The Enrich Series featuring The Step Crew, The Beat Goes On Tribute To Cher, Hotel California Salute To The Eagles, and REZA: Edge Of Illusion Tour, are packaged together at a 20% discount from $80-160. This fab four-pack is available now to Van Wert Live Members and release to the public on Friday, November 11. VWLive Memberships begin as low as $100 and provide 365 days of early buying opportunities and a 10% discount for Van Wert Live events.

Tickets will initially be sold as a package only. Get your Enrich tickets today for the best price and most seat options at four great shows throughout 2023.