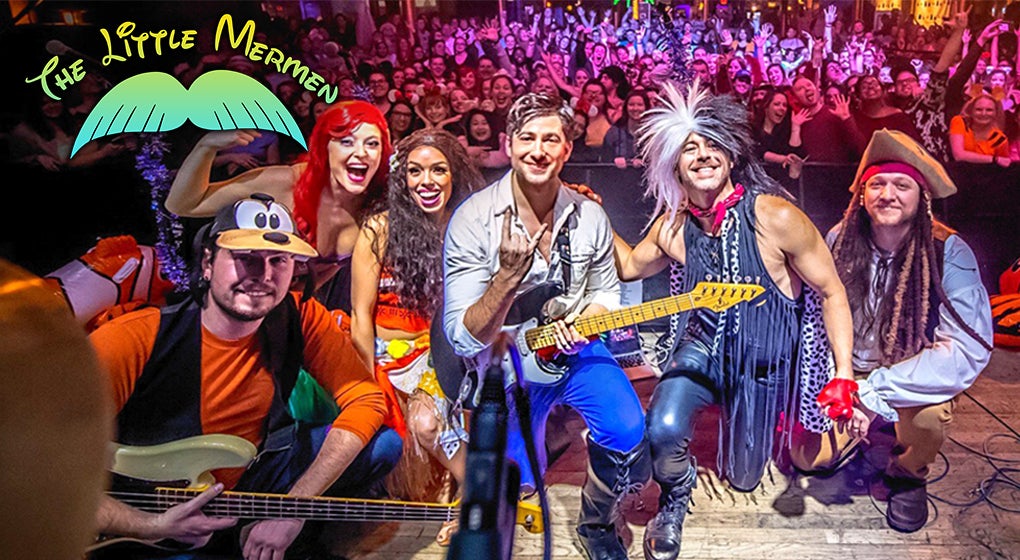 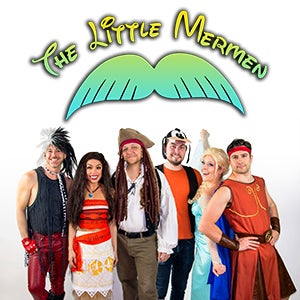 FGF WEEK 8: It's what we've all been waiting for! Get out the Disney costumes and head to the park for some festive fun! July 22nd features for the first time, The Little Mermen. This ultimate Disney cover band is for Disney fanatics of all ages. The band’s repertoire covers all 82 years of the Disney canon, including favorites from The Little Mermaid, The Lion King, Mary Poppins and Frozen. The group performs in full costume with band members dressing up as characters from the films. They tour nationally to sold-out crowds of cosplayers and casual fans alike. Founded by singer/songwriter Alexis Babini, TLM throw enchanted events that are jam-packed with nostalgic fun and sing-alongs. They are hailed by BuzzFeed and Time Out New York as the premiere Disney cover experience. Come join the fun as the Fountain Park stage opens up the window to a whole new world!

“Go Mermen!” —Alan Menken (music composer of Disney films such as
‘Aladdin’,‘The Little Mermaid’, ‘Beauty and The Beast’, and ‘Tangled’)