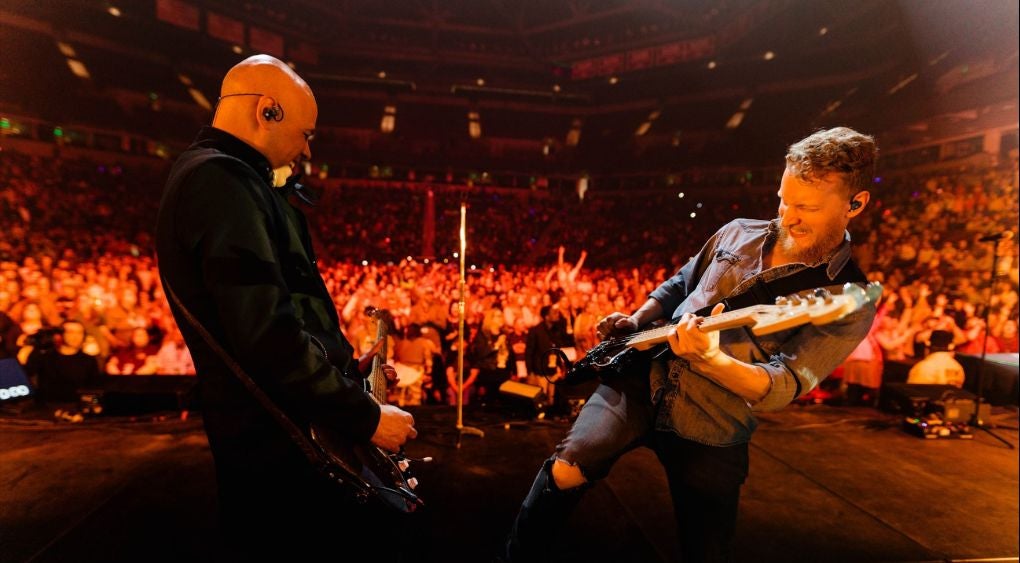 Building 429 Lights It Up This Friday!

by Tafi Stober
Summer is winding down but the Fountain Park stage keeps lighting up! This Friday will give fans something to feel good about. Christian artists, Building 429, will take the stage and share their award-winning music. Known for writing songs about big faith showing up in everyday moments, Building 429 has amassed a strong fan base who will be warmly welcomed in Downtown Van Wert.
Since the release of their debut album in 2004, Building 429 has garnered widespread popular and critical acclaim, receiving numerous accolades all while delivering lyrically driven, anthemic hit songs with a consistent message of hope along with high-energy concerts in sold-out venues internationally. The band received a 2013 GRAMMY® nomination for Best Contemporary Christian Music Album for We Won’t Be Shaken, which debuted at No.1 on Billboard’s Christian Albums chart and launched the title track to No. 1 at radio.
Building 429 also received a 2014 and multiple 2012 “Song of the Year” Billboard Music Awards for “We Won’t Be Shaken” and “Where I Belong” respectively, a 2014 “Group of the Year” KLOVE Fan Award nomination and a “Best New Artist” GMA Dove Award in 2005. Their certified gold single, “Where I Belong,” further became one of the longest-running Christian No. 1’s in Billboard’s history at 15-weeks and has well over 246-million accumulative audience impressions.
"Where I Belong" has staying power on stages, in homes, and at worship centers around the world thanks to its powerful message and affirmation despite circumstances that surround us.
Sometimes it feels like I'm watching from the outside
Sometimes it feels like I'm breathing, but am I alive?
I will keep searching for answers that aren't here to find.

So when the walls come falling down on me
And when I'm lost in the current of a raging sea
I have this blessed assurance holding me.