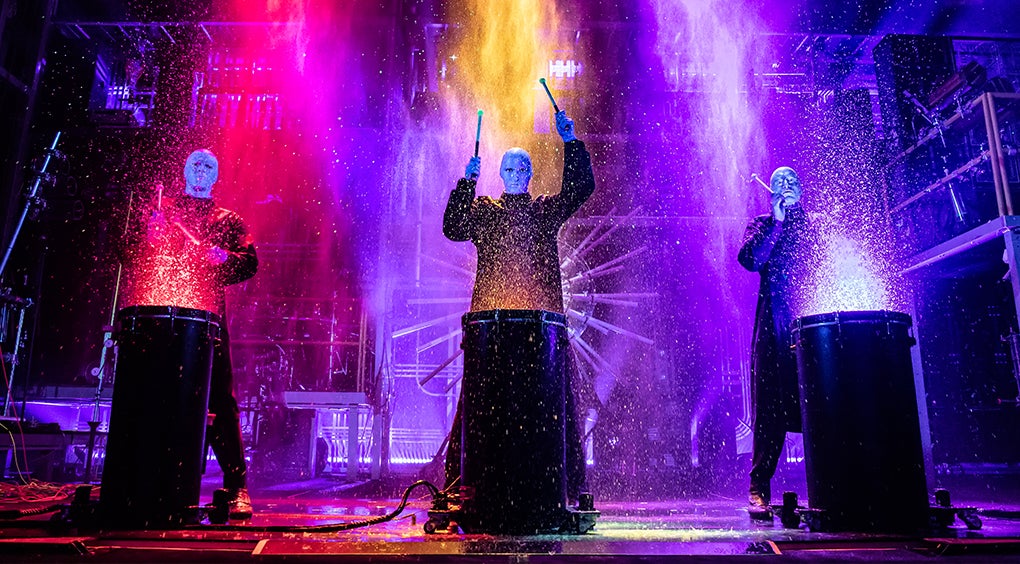 Entertainment Is Alive In Van Wert: What's Blue And New?

Last week, Van Wert Live along with Presenting Sponsors, Jim & Mary Pope, announced that the stage sensation Blue Man Group will perform at the Niswonger on May 8, 2022. If you’ve ever heard or seen the Blue Man Group perform, you know its members march to the beat of their own drums and pipes! The performance-art trio debuted in 1991 in Manhattan when creators Matt Goldman, Phil Stanton, and Chris Wink produced the multimedia show. The original act involved making live art, playing musical instruments, and even involved food.

Over the years, the act has evolved into one of the most popular, and eclectic live shows not only in New York, but around the world. What makes the Blue Man Group distinctive is the appearance of its members (bald, blue heads, and stark, black clothing), how they create musical instruments with PVC pipes, and what they use on stage to create moving pieces of art.

So they're blue, they play music, they're popular - but why? Here's all you need to know before you go.

How does the Blue Man Group make music? It takes a special kind of talent and creativity to take plastic piping and be able to turn it into something that makes music. But, that’s exactly what members of Blue Man Group spend hours experimenting with and perfecting. Recently, the group allowed Insider a peek into its studio to learn about how the team pulls things together (or even sometimes breaks them apart) to develop its signature sound.The drum bone is one of the group’s mainstay instruments. To the untrained eye, it looks like a couple of pieces of twisted plastic that aren’t overly complicated. However, looks can be deceiving, according to Blue Man Group’s sound engineer Andrew Schneider. “It basically has five notes total, but it takes three of them to play it,” he told Insider. The audience will also experience the Big Drum and the Paint Drums that when played display a rhythmic explosion of colors.