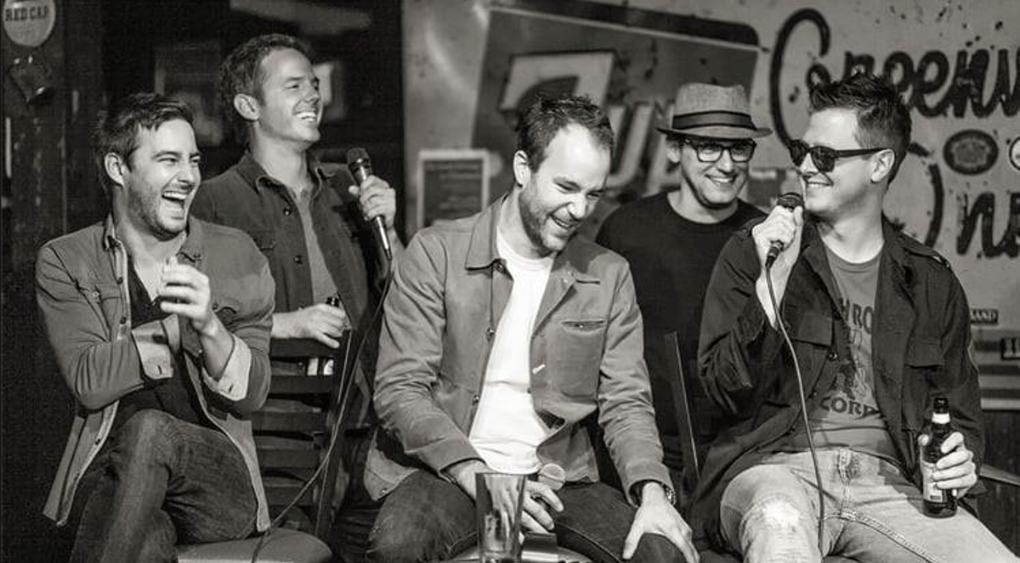 It's week two of Feel Good Friday and the nostalgic hits just keep coming. This Friday, June 10 at 7:30 PM, we go back to 1964 when Beatle Mania arrived in the United States.

Since 2013, The Sunrise Jones (TSJ) has been wowing crowds across Northeast Ohio with their spirited renditions of rock and pop's most beloved jams. From headlining shows at The Music Box Supper Club, The Rock Hall, and The Beachland Ballroom to entertaining countless satisfied wedding and corporate clients, this talented five-piece band has made a name as one of the best cover bands in the Land! Offering an eclectic catalog spanning the rock and pop spectrum, TSJ’s brand of high energy, faithful covers is sure to keep music fans in Fountain Park on their feet!

TSJ came from different bands, including the long-running local group Copperfoot. "The other guys had started the Sunrise Jones and were looking for some new players," says Murray. "We jammed one night on a whim and decided we just wanted to play some covers that we were passionate about. It grew from there." The group put together a setlist of covers that Murray says are songs "you just don't hear." The group's first show was at Kixx Lounge in Geneva, Ohio in 2014. "It was sparsely populated," he says. "It was a dive bar in the sleepy part of Geneva. We just wanted to get our feet wet. It was pretty low, with all due respect to Kixx." But then, the band started playing at weddings and other events and expanded its repertoire. "We want to be as eclectic as a jukebox," says Murray, adding that the group now has 100 songs at its disposal.

One night, the guys were at a jam night at the now-shuttered Westside bar Stampers, and Hamilton launched into a cover of "Hey Jude." Murray says he "did a classic head turn" as he heard Hamilton because he sounded so much like Paul McCartney.

"I'll never forget remember hearing someone crush a cover like that," he says. "We've agreed on the Beatles. It's the one thing we all like the most. We dedicated ourselves to learning the parts as faithfully as possible. You hear a lot of Beatles covers but you don't get the attention to detail. We want to bring that to the forefront. It's more of an appreciation than a tribute. We don't want to dress up in the outfits. We respect that, but we want to have the fans feel like they're part of it, and we tell stories about the songs." The band currently knows about 30 Beatles' tunes. "They had like 100 hits, but we're still learning more. We want to rip out as many as we can at will."

Last Friday an estimated 2,500 guests converged at Fountain Park to appreciate live music and friendly camaraderie that Feel Good Fridays presented by Van Wert Live and totally underwritten by the Van Wert County Foundation provides. Stay tuned to the Niswonger Performing Arts Center and Van Wert Live social media on Thursday at 5:00 PM for any weather-related venue changes. The Niswonger is the backup venue when a sunny good time is threatened. It's Free! It's a good-time Friday! No matter the weather, we've got live entertainment that will change your mood for the better.

*The concert will NOT be moved to The Niswonger - we are counting on sunshine and lawn chair weather!