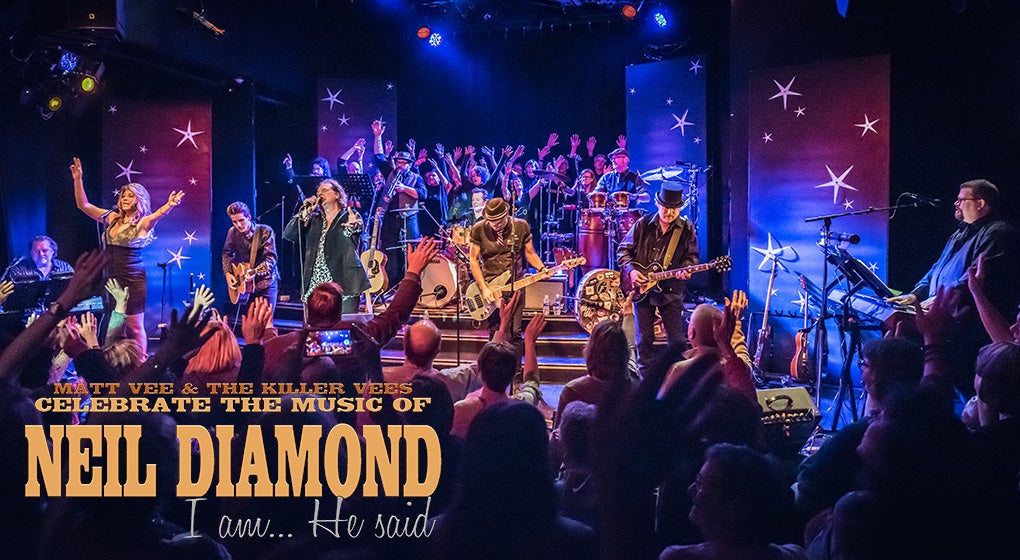 Home|News|I Am He Said, A Celebration Of The Music Of Neil Diamond To Finally Perform In Van Wert

I Am He Said, A Celebration Of The Music Of Neil Diamond To Finally Perform In Van Wert

Van Wert Live Events along with Roger and Kay Okuley, are pleased to announce the awaited return of the vastly popular I AM, HE SAID Celebrate The Music Of Neil Diamond Concert on Saturday, October 8, 2022 at 7:30 PM. This concert is rescheduled from the previously Sold Out performance originally scheduled for March 20, 2021.

The performance will feature select High School choirs from the region that will soon be announced. Over fifty regional vocalists will provide backup vocals for five popular Neil Diamond hits and close out the show with special fanfare.

Presenters and audience members are raving about the show. "This show was a lot more than a tribute. Instead, it was an authentic presentation of the Neil Diamond hit list with stories of the man and his compositions interspersed. Our audiences were on their feet from the start…..Nobody could do it better. One of the best shows we’ve had this year," states Bob Johnson of Paramount Theater in Saint Cloud, MN after selling out 4 shows.

"We are saying what HE said,” laughs Matt Vee referring to the one and only Neil Diamond.  Matt along with cousins Jeff and Tommy Vee, local music scene veterans and sons of the legendary Bobby Vee, join forces with their family and friends as The Killer Vees to celebrate the music from a timeless catalog.  With songs like "Cracklin' Rosie," "Song Sung Blue," and "Sweet Caroline,” Neil Diamond sold over 100 million records worldwide with music that became the soundtrack to one generation after another with hits spanning five decades.  As a Tin Pan Alley songwriter in the mid-60s, he penned songs recorded by everyone from Elvis Presley to Deep Purple and, of course, the Monkee’s classic, “I’m A Believer.”

“This is not a tribute show,” says Tommy Vee.  “This is a celebration of an amazing musical icon, one we all love and respect. We have been fans since we were in grade school and first learned our respective instruments and played many of these tunes over the years in various bands.  We have recruited an incredible group of singers and players and have gone back to the original records,” he explains, “it is all about the vocals, and Matt nails it. It’s a Rockin’ show!”

Tickets from $29-55 are on sale now to Van Wert Live Members and release to the public on Friday, May 27. VWLive Memberships begin as low as $100 and provide 365 days of early buying opportunities for all Van Wert Live events. Memberships and tickets can be purchased at vanwertlive.com or through the Box Office Mon-Fri from 10A to 3P / 419-238-6722.