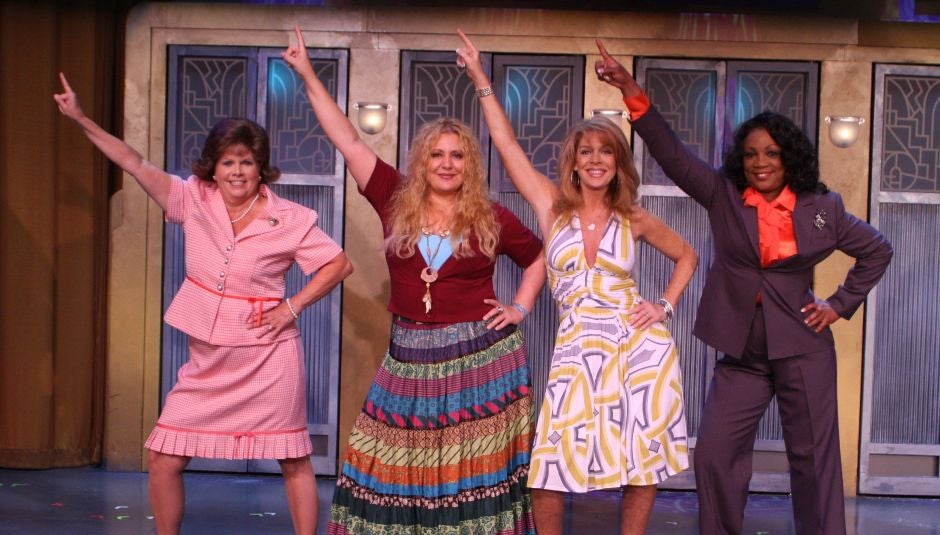 Set in a department store, four women meet while shopping at a lingerie sale. After noticing similarities among one another, the cast jokes about their woeful hot flashes, mood swings, wrinkles, weight gain, and much more. These women form a sisterhood and unique bond with the entire audience as they rejoice in celebrating that menopause is no longer “The Silent Passage.” The laughter-filled 90-minute production gets audience members out of their seats and singing along to parodies from classic pop songs of the ‘60s, ‘70s, and ‘80s.

Menopause The Musical® is now in its 21st year and 16th as the longest-running musical in Las Vegas history, performing nightly at Harrah’s Hotel and Casino on the Las Vegas Strip. Seen by more than 17 million, it has played in every state in the continental U.S. and more than 500 cities worldwide and has been translated into nine languages. For more information, visit MenopauseTheMusical.com.

Hot facts about the show:

• 6,000 women enter menopause each day
• There are 1.7B menopausal women worldwide
• Over 70M women are experiencing menopause in the US
• Nearly 17 million people in 16 countries (more than 500 cities worldwide) have attended the performance.
• Longest-running scripted musical in Las Vegas history
• Awareeded Entertainers of the Year 2016 (Las Vegas)
• Stress reduction is advised for women who are going through The Change. Menopause The Musical® celebrates this time in a woman’s life with laughter and sisterhood.
• Men Love It Too! During this hilarious production, men in the audience relate and begin to understand this time in their wives, sisters, or mothers’ lives.

GFour Productions are proud producers and co-financiers of some of the world’s highest-caliber entertainment, from Broadway to the West End and beyond. Current Broadway productions and investments include TINA: THE TINA TURNER MUSICAL, THE BOOK OF MORMON, SIX THE MUSICAL; and AMERICAN BUFFALO starring Sam Rockwell, Laurence Fishburne, and Darren Criss. Other current and recent productions include: THE SHARK IS BROKEN in the West End; the U.K tour of DREAMGIRLS; the U.S. tours of THE PLAY THAT GOES WRONG, FUNNY WOMEN OF A CERTAIN AGE, the Tony Award®-nominated FIDDLER ON THE ROOF; and AN EVENING WITH WHITNEY: THE WHITNEY HOUSTON HOLOGRAM TOUR in partnership with BASE Entertainment and the Estate of Whitney Houston, now playing in Las Vegas at Harrah’s Hotel and Casino. Other highlights include winning four 2020 Tony Awards® for THE INHERITANCE including Best Play; winning the 2013 Tony Award® for their production of WHO’S AFRAID OF VIRGINIA WOOLF; co-financing the Tony Award® winning MATILDA THE MUSICAL; producing 9 TO 5 THE MUSICAL with music and lyrics by Dolly Parton; and producing AMERICAN SON starring Kerry Washington, which was recently adapted for Netflix. Their combined shows have been nominated for 146 Tony Awards®, winning 48 and 110 Drama Desk Awards, winning 56.

Menopause The Musical tickets from $39-69 are available now to Van Wert Live Members and release to the public on Friday, November 25. VWLive Memberships begin as low as $100 and provide 365 days of early buying opportunities and a 10% discount for Van Wert Live events. Memberships and tickets can be purchased at vanwertlive.com or through the Box Office Mon-Fri from 10A to 3P / 419-238-6722. 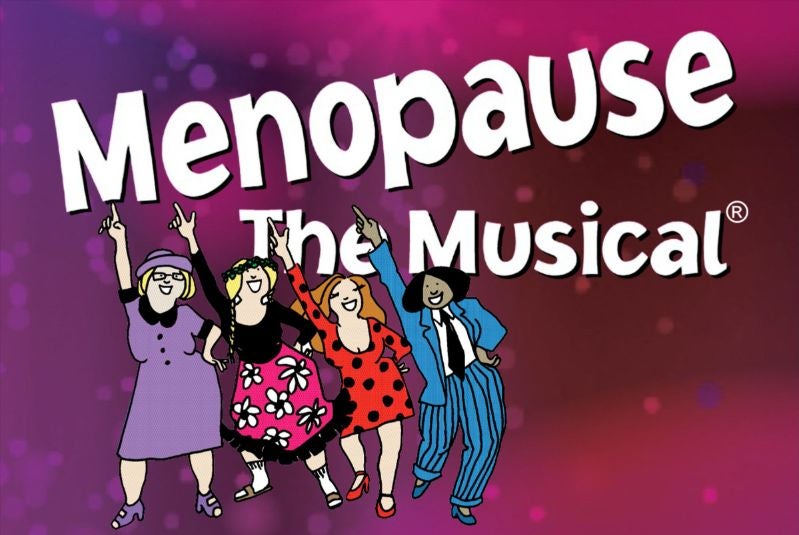