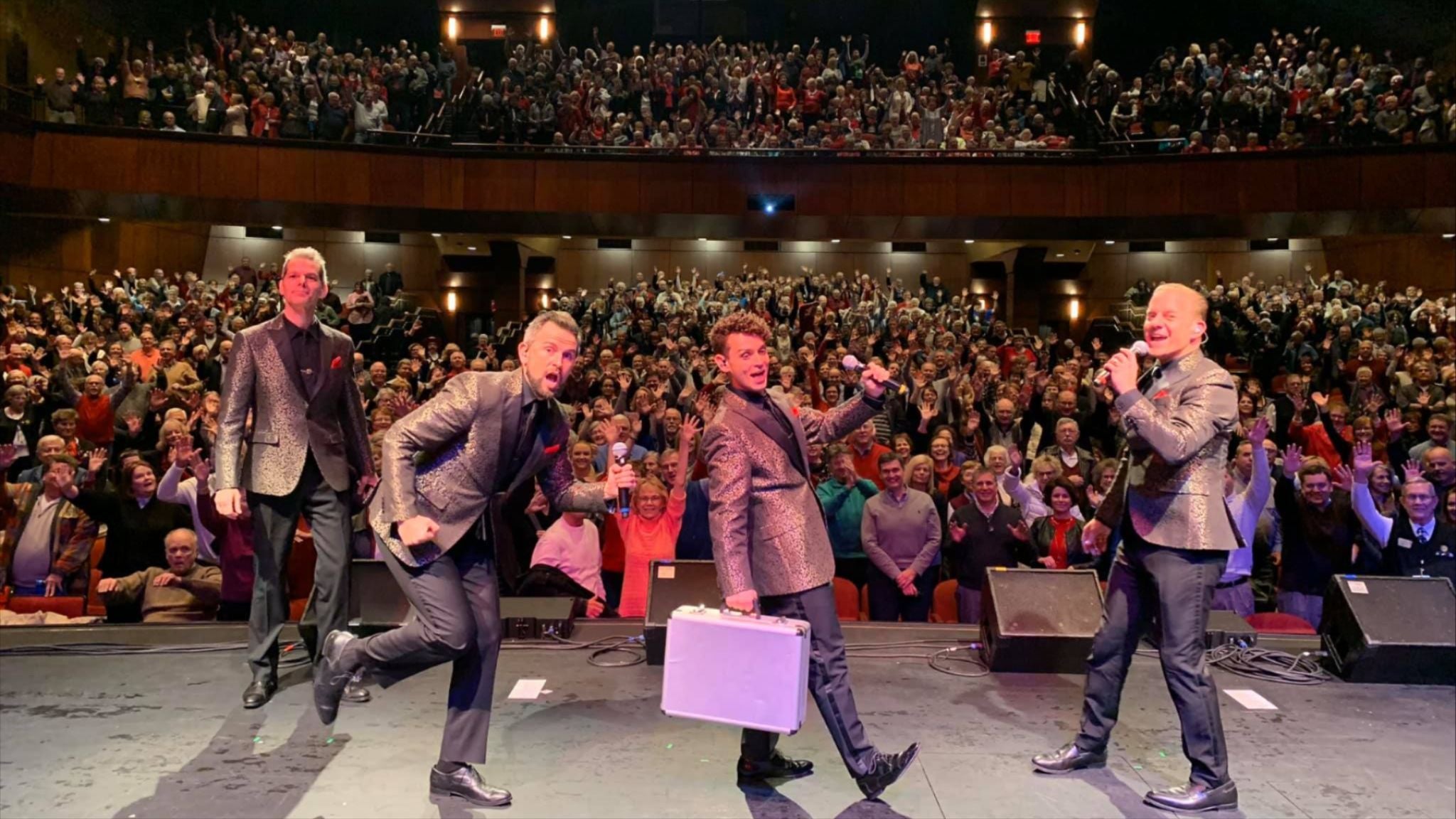 Home|News|Oh What A Night This Sunday!

Oh What A Night This Sunday!

Entertainment Is LIVE In Van Wert: "Oh What A Night" This Sunday!

Christmas is coming and so are the amazingly talented Midtown Men! Van Wert Live is thrilled to finish out 2022 with the smooth music and moves of these four former Jersey Boys! After originating the lead roles of Jersey Boys on Broadway, The Midtown Men formed their skilled vocal group, specializing in 1960s hits and holiday favorites. They became the first vocal group formed from the principal cast of a successful Broadway show. We asked the group — formed by Christian Hoff, Michael Longoria, Daniel Reichard, and J. Robert Spencer — a number of questions about their lives, careers, and love for holiday hits. Here are their answers.

How did the group meet and what was your time like on Broadway starring in The Jersey Boys?

The Midtown Men: We were all cast in the original Broadway cast of Jersey Boys together. Throughout our time on Broadway, we enjoyed the thrill of telling the story of the Four Seasons together night after night, as well as performing on some of the biggest television programs at the time. We were living the dream, and every night we had an amazing celebrity or show business icon in the crowd, and it was just fun. It was also a lot of hard work, and it’s been that way on the road too. We've been traveling together as The Midtown Men for over a decade!

How did the group decide to create Midtown Men?

The Midtown Men: By the end of our time on Broadway in Jersey Boys, people started asking us to sing at their events. We then started getting invited to sing at casinos and then performing arts centers. It just happened. After a little while, we had a show that we hadn’t even known we’d been creating. Then we hit the road and have since performed in more places than we could have dreamed.

Since your show this Sunday at The Niswonger is centered on holiday hits, what’s the group’s favorite holiday song to sing together?

The Midtown Men: We love them all for different reasons, but one we particularly enjoy is the hit song “All Alone on Christmas” by the E Street Band’s frontman Stevie van Zandt. We recorded it with him, as well as members of the E Street and Saturday Night Live bands.

Does the group have a shared favorite or memorable performance thus far?

The Midtown Men: We sang at the White House for the National Christmas Tree Lighting one year with the likes of Jason Mraz, James Taylor, and others. Our first big show in NYC was at the Beacon Theatre, and that was a dream come true since many iconic artists — such as Steely Dan and Adele — have played in that room. Our engagement at the Kennedy Center with the National Symphony was also a highlight.

What’s your advice to aspiring artists, specifically those pursuing a career in Broadway?

The Midtown Men: You have to get to know the music and history of Broadway, from the classics to what’s going on today. Be a sponge. Learn a lot. Take classes. Take lessons. Be open-minded. Be yourself!

The Midtown Men will ring in the Christmas season this Sunday, December 11 at 7:00 PM and feature iconic Yuletide classics such as “Winter Wonderland,” “Let It Snow,” and “Have Yourself a Merry Little Christmas,” as well as their signature renditions of the greatest rock and roll hits of the 1960s including songs of The Beatles, The Temptations, The Four Seasons, and more!  The doors open at 6:00 PM and the Grand Lobby will be filled with The Van Wert High School Select Choir including Mackenzie Jones, Lauren Black, Meah Johnson, Mia Rager, Gabby Hunnaman, Anna Marquez, Talynn Garber, and Aaliyah Moreno-Helle. The Select Choir is under the direction of Melissa Bloomfield.

Join us for this festive 2022 finale filled with memorable Van Wert Live performances in Ohio's Little Music City! And don't worry. There will still be more to see in 2023!