Home|News|Sister Hazel To Perform At The Niswonger

Sister Hazel To Perform At The Niswonger

Van Wert Live at The Niswonger kicks it back to the 90's with Sister Hazel on Saturday, April 1, 2023 at 7:30 PM. This platinum-selling band crafted their own unique style that combines elements of folk, jangle pop, post-grunge, and south-of-the-Mason-Dixon-Line classic rock. Sister Hazel's earworm melodies, tight harmonies, and upbeat D.I.Y. aesthetic helped make the Florida-based group a fixture on the alternative charts in the 1990s and early 2000s. Emerging in 1993, the band found success in 1997 with the release of their sophomore effort, Somewhere More Familiar, which went platinum on the strength of the single All for You.

Sister Hazel formed in 1993 in Gainesville, Florida, with the band's five members all boasting ties to the city's local scene: vocalist/guitarist Ken Block and guitarist/vocalist Andrew Copeland canvassed the coffee house circuit as a duo, lead guitarist Ryan Newell honed his chops with the local band Waterdog, bassist Jett Beres studied his instrument while pursuing a degree in architecture, and drummer Mark Trojanowski played with several Florida-based jazz ensembles before pursuing a career in pop music. Forging an earthy, melodic sound that highlighted the band's vocal harmonies, Sister Hazel's staying power was made possible by their top list of hit songs in addition to All For You, including Happy, Change Your Mind, Champagne High, Beautiful Thing, This Kind Of Love, and more. The band continues to produce and release new music and cultivate new followers. Their touring schedule has become relentless in response to the currently trending 90's music craze.

Sister Hazel tickets from $35-59 are available now to Van Wert Live Members and release to the public on Friday, December 2. VWLive Memberships begin as low as $100 and provide 365 days of early buying opportunities and a 10% discount for Van Wert Live events. Memberships and tickets can be purchased at vanwertlive.com or through the Box Office Mon-Fri from 10A to 3P / 419-238-6722. 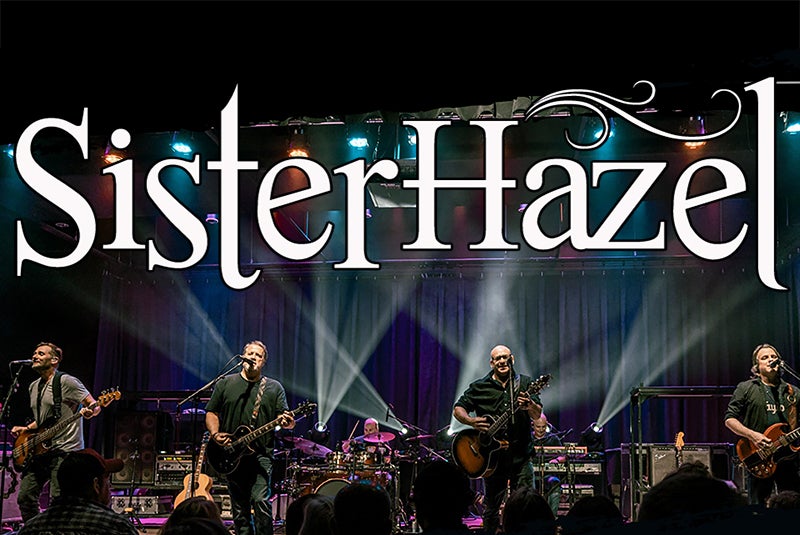