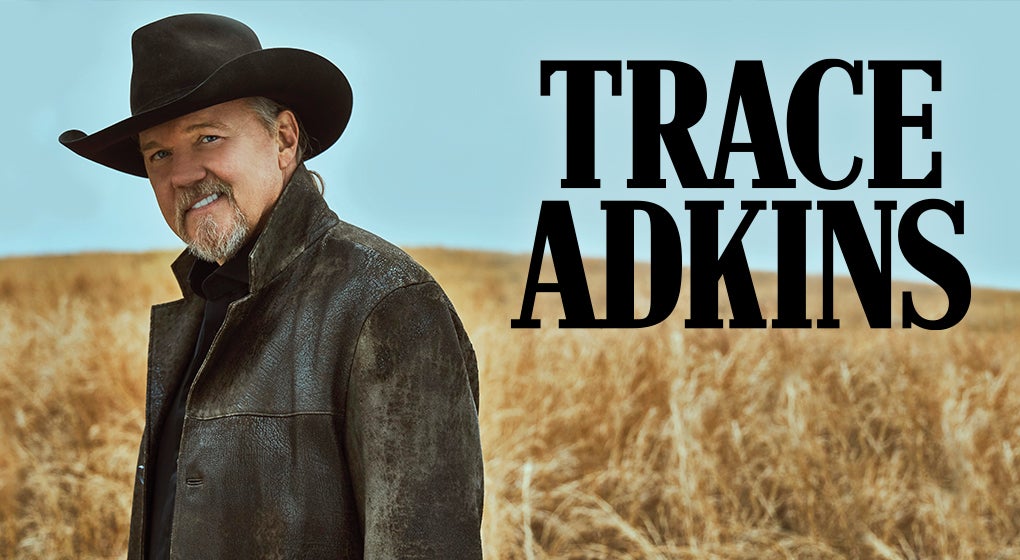 (Van Wert, OH) - Country icon and film sensation, Trace Adkins has included the Niswonger Performing Arts Center as a stop on his 25th Anniversary Tour, The Way I Wanna Go on Saturday, October 22, 2022 at 7:30 PM. Van Wert Live continues to deliver on the promise to make Van Wert an entertainment destination thanks to Presenting Sponsors Jim and Mary Pope and Supporting Sponsor Kenn-Feld Group.

In his 25-year career in Country music, Trace Adkins has sold over 11 million albums, charted over 20 singles, earned numerous awards and GRAMMY nominations, and garnered over two billion streams. A Grand Ole Opry member for nearly two decades, the Louisiana native is known for dynamic baritone and fiery, always-memorable live performances, and has expanded his Country career to include film and TV acting.

He broke out in 1996 with the debut album, Dreamin’ Out Loud, cracking the Top 5 of Billboard’s Hot Country Songs chart with Every Light In the House Is On and following with the #1 smash, This Ain’t (No Thinkin’ Thing). Since then, Adkins has pioneered a mix of classic Country minded traditionalism and adventurous, good-natured showmanship, breaking open new avenues in modern Country through fun-filled hits like Honky Tonk Badonkadonk and Hillbilly Bone (with Blake Shelton). He’ll celebrate the silver anniversary of his album debut in 2021 with The Way I Wanna Go, doing exactly what he always has – mixing pure-Country reverence with standout collaborations featuring Blake Shelton, Melissa Etheridge, Snoop Dogg, Stevie Wonder on harmonica and more. Adkins’ newest single Where The Country Girls At (featuring Luke Bryan and Pitbull) is available everywhere now. Find out more about Trace Adkins at www.TraceAdkins.com.

Tickets from $69-119 are on sale now to Van Wert Live Members and release to the public on Friday, May 13. VWLive Memberships begin as low as $100 and provide 365 days of early buying opportunities for all Van Wert Live events. Memberships and tickets can be purchased at vanwertlive.com or through the Box Office Mon-Fri from 10A to 3P / 419-238-6722.